Sound smears time, flesh hits pause. Gesture reaches out for language, flesh hits rewind. Sight lines crossover into elsewhere, flesh hits play. Familiar smells and faces are a scaffold for unpleasant returns, fragile encounters. A coiled continuum cuts across the promise of a knowable present moment, but we know where we are by the sun, stars, and street signs. Framed and protected by a well-known and well-worn set of walls on Meserole Street, Loop, Triangle is an evening of performances by three artists and friends who use sound, light, and their bodies among other things in, with, and against grief and absence, transcendence and failure, mutability and disagreement. Flesh hits play, elsewhere crosses over into sight lines. Flesh hits rewind, language reaches out for gesture. Flesh hits pause, time smears sound.

suggested donation $5-20 (pay-what-you-can, no one turned away) all goes to the artists.

Eames Armstrong
is an artist and curator who works across painting, writing, and performance. Currently based in Brooklyn, Eames received an MFA from George Washington University in 2016. They have performed at the High Zero Festival, Sonic Circuits Festival, the Houston International Performance Art Biennale, the Fringe platform of the Venice International Performance Art Week; at Defibrillator, Chicago; Mobius, Cambridge, MA; Grace Exhibition Space, Brooklyn; and many other spots. Eames was the 2016 Emerging Curator at VisArts in Rockville, MD, and a recipient of the Halcyon Arts Lab Fellowship in Washington, D.C.. Eames has spoken at the Corcoran College of Art and at the Luce Foundation at the Smithsonian American Art Museum. Eames is currently invested in a research tangle of body art, industrial music, martyrs and saints, and transgender studies. With their collaborative curatorial platform, Queer Trash, they are the 2018 Suzanne Fiol Curatorial Fellow at ISSUE Project Room. http://www.eamesarmstrong.com/

Philip Fryer
Informed by the writings and performances of John Cage, Philip Fryer explores experience through performance, sound, and installation. At times chaotic and other times serene, his work draws connections between mortality, queer identity, chronic illness, and memory decay. Fryer often utilizes obsolete or forgotten technology, bringing together the past and the present. Philip is a co-founder of The Present Tense, an initiative that has organized performance events since 2005 and has exhibited the work of over 200 artists. He has performed at The Darling Foundry and Le Lieu (Montreal and Quebec City, QC), Grace Exhibition Space and Panoply (New York, NY), DEFIBRILLATOR gallery (Chicago, IL), The Museum of Fine Arts, the Institute of Contemporary Art, and 100 Years of Performance Art (Boston, MA). He has also been a member of the Boston based dark ambient project TOOMS since 2012, performs under the solo moniker Moondrawn, and with his partner Rosie Ranauro as Princess Beautiful. http://philipfryer.com/ 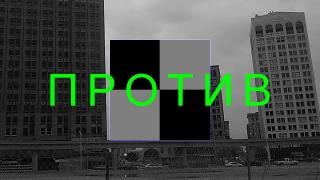 Antibody Corporation is a mission based organization specializing in mind-body integration. Founded in 2009, The Corporation collaborates with artists to create interdisciplinary works spanning dance, performance art, film, video, and music. 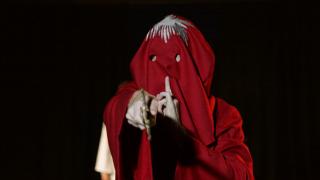 The intersections of ritual magickal praxis and transformative action meet at the crossroads in this presentation of performance artists who investigate ancient and contemporary conjure.

A lecture on the intersections of the left hand path and performance by the jolly occultist Al Cummins will kick off this strange journey into night.