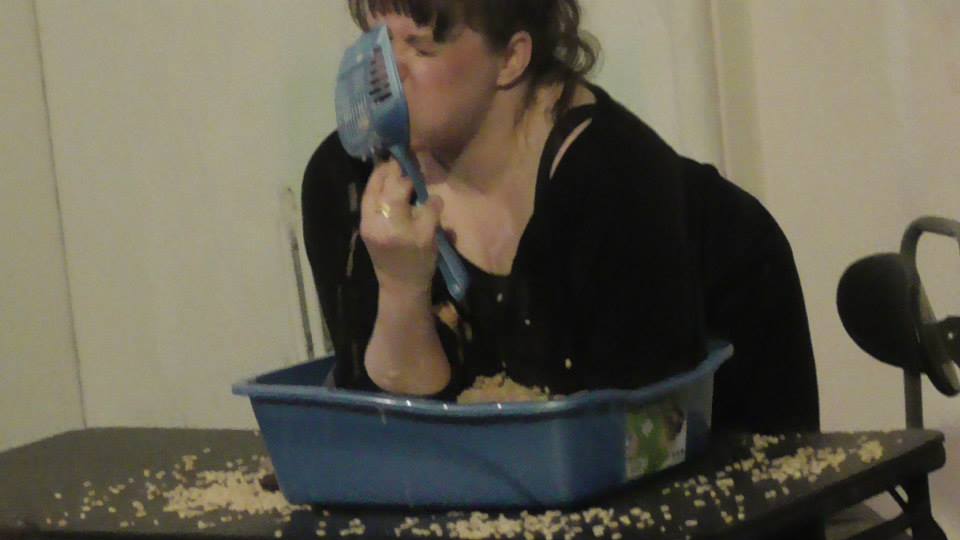 On one hand, the animal of Anya, on the other hand, the representations. On one hand, misunderstanding of the self on the largest scale, on the other, the mechanisms of "instinct" which ironically seem insensible when authentically embodied.

Her work, “The Anxiety of Influence,” was an intervention into Marina Abramovic’s “The Artist is Present” retrospective at MOMA. Liftig dressed as the elder artist and sat across from her all day.Her work has been published and written about in The New York Times Magazine, Bomb, The Wall Street Journal, Vogue Italia, Marie Claire Italia, Heeb, Public Culture, Art Papers, X-tra, ArtNews, The L Magazine, The Other Journal, Jewcy, Mix Magazine, Katalog, Next Magazine, Now and Then, Stay Thirsty, New York Magazine, Gothamist, Jezebel, Animal New York, I Love You, Art Animal, Hyperallergic, Burnaway and many others.

She is a graduate of Yale University and Georgia State University and has received grant and residency support from the MacDowell Colony, The Mertz Gilmore Foundation, Atlantic Center for the Arts, Vermont Studio Center, University of Antioquia, Casa Tres Patios-Medellin, Colombia, and Flux Projects, Atlanta.