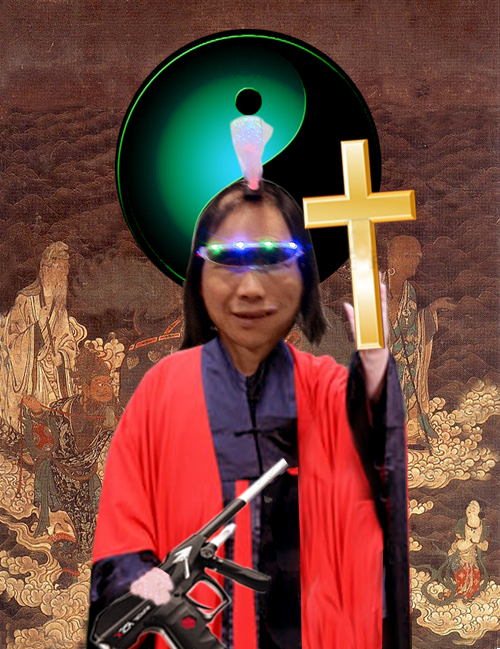 Chin Chih Yang performs a one-night only prayer as the The Millennial Master (Monk/Taoist priest) of Love...to end gun violence, assist the victims of Hurricane Sandy, and more.

Multi-disciplinary artist Chin Chih Yang was born in Taiwan, and has resided for many years in New York City. He received his BFA from Parsons and his MS from Pratt Institute, Among other honors, he has been a recipient of the Urban Artist Initiative Fellowship, fellowships from the New York Foundation for the Arts, Franklin Furnace Fund, the New York State Council for the Arts, the New York Foundation for the Arts Byrdcliffe Residency and the Lower Manhattan Cultural Council - Swing Space residency at Governors Island. His interests in ecology and constructed environments has resulted in interactive performances and installations that have been exhibited in such spaces as: the Chelsea Museum, Queens Museum, the Godwin-Ternbach Museum, Exit Art, Flux Factory, the UN, Rockefeller Center, and Union Square Park, to name a few. He has received coverage from the New York Times, BBC World News, Taipei Times, NY1, CBS, NY Art Beat, the Village Voice, Time Out New York, Flavorpill, Daily News and Art Asia Pacific magazine.