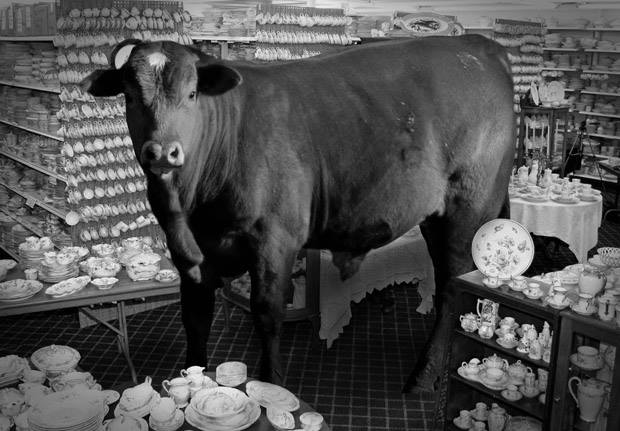 let not one delicate teacup remain…post-drama smashes expectations for THE THEATER: EMILY OLIVEIRA DEREK SMITH EMMA REAVES CARROLL SIMMONS BEATRIZ ALBUQUERQUE + DAVID MOSCOVICH +++++INFO++++++ EMMA REAVES "BIRTHDAY PARTY" EMMA REAVES is a Brooklyn based artist/performer. She is a NEO-FUTURIST and co-artistic director for THE NEW YORK NEO-FUTURISTS, writing/directing/performing in their critically acclaimed on-going weekly show TOO MUCH LIGHT MAKES THE BABY GO BLIND. Emma is also an ensemble member of Psychic Readings, creating performances alongside fellow maniacs Ric Royer and G Lucas Crane. She is also an artist in residence at The Silent Barn in Brooklyn. http://www.nyneofuturists.org/ http://psychicreadings.church/ CARROLL SIMMONS OAK PARK: as queer as talking (on distance! absence! & collaboration! transmediated by "wunderkind Tavi Gevinson" & "THE Ernest Hemingway") with Tessa Skara, Peter Mills Weiss, Chris Tyler, & Alex Rodabaugh CARROLL SIMMONS is a fluid congregation of diverse-but-like-minded performance pioneers. The pop-up collective was founded upon the core values of rigorous shape work, coded aubiography, the mental gestures of musical theater and productive envy. The New York Times has described their previous work as "part of the problem." Mood board: http://twobullsinachinashop.tumblr.com/ BEATRIZ ALBUQUERQUE + DAVID MOSCOVICH AMERICAN B.B.Q. [Body Barbeque Question] By Beatriz Albuquerque and David Moscovich A cookbook of American barbeque is the point of departure for this piece by artist Beatriz Albuquerque and writer David Moscovich. The art of barbeque is explored both visually and sonically, interacting with language, the body, and color. Through a realignment of social cues surrounding the culture of BBQ, this performance explores the cause and effect of gathering in the name of smoked meats. EMILY OLIVEIRA EMILY OLIVEIRA is a Brooklyn-based sculptor, performance artist, costume designer and graduate of the Rhode Island School of Design. Her performance works include 'LAS VOCES', 'Luna! Luna! Luna!', 'I Am One of Them and So Are You', and the upcoming performance and solo exhibition 'Soooo Thick That Everyone Else in the Room is So Uncomfortable' at the Ground Floor Gallery. Images and contact info can be found at emilyaoliveira.tumblr.com 'Everything Happens For a Reason' is the first in a loose trilogy of performances collectively titled 'Love in the Western World'. It blends every teary post-rose-ceremony limousine interview from all available seasons of ABC's the Bachelor into a single, tragic, monologue. DEREK SMITH THE MUSIC MONICA written and performed by Derek Smith featuring Hannah Solow and Colleen Wilson DEREK SMITH is a sorta-writer/performer with a day job as an "Office Manager." Stuff: On The Rocks' Wolfert, Harunalee's War Lesbian, his own Lee Buliay: The Lost Year of Dean Moriarty, Probably (Dixon Place). Things: Fresh Ground Pepper, LaMaMa, Under the Radar, UCB, my parents' bedroom, Brooklyn queer bars. Bad Habits: bodega burgers, picks his nose, $$$. @dereksasquatch