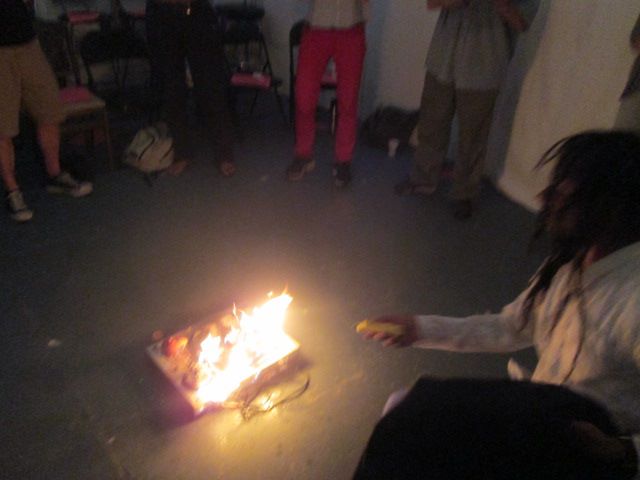 Rafael Sanchez (b.Newark, New Jersey, 1978) is a performance artist who often takes his work to the streets and other unconventional spaces. In his performances, Sanchez frequently subjects his body to extreme stress and pain to materialize ideas of memory, spirituality and endurance. In an early work titled Back to Africa (2000), Sanchez wandered around New Jersey in white face, carrying a suitcase and waiting for a bus that never arrived. In a more recent work, Calienté/Frio (2007) the artist traced the migration process of two women from Cuba to America during the 1960s. The artist, dressed in a light colored suit and hat and carrying a packed suitcase, submerged himself in a tub of water that alternated between near boiling and below freezing as interviews with the two Cuban women played in the background. http://www.facebook.com/pages/Rafael-Sanchez-Performance-Artist/216067758507