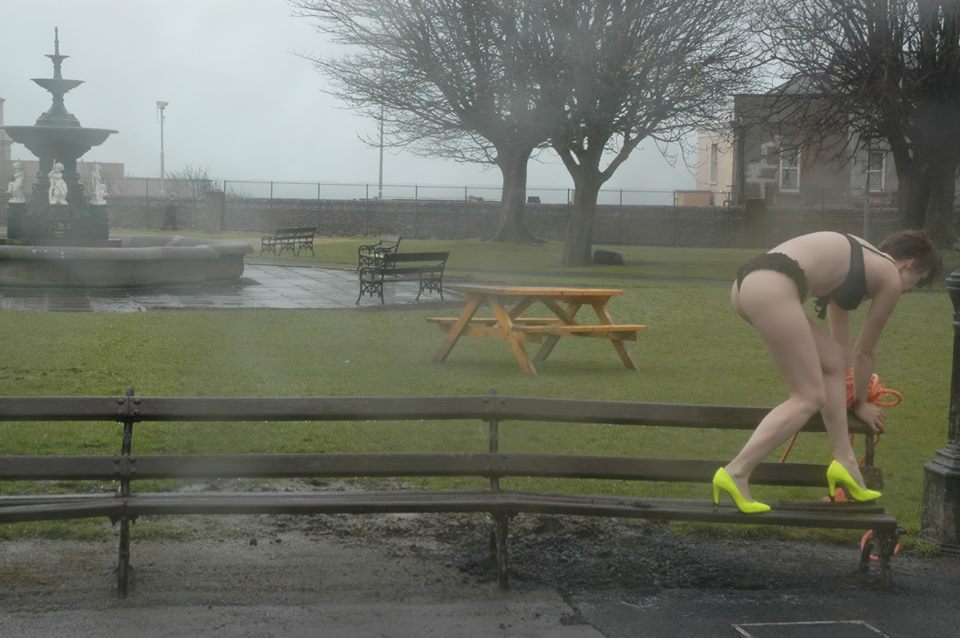 Eleanor Lawler and Katherine Nolan are two performance artists based in Ireland.

Super-saturated: A duo of durational performances that seek to explore the relationship between body as flesh and body as image.

Testing the boundaries between audience and performing body in the context of media overload that arises through the digital. Fish, flesh, blanket, stiletto, stocking, splashing, splatting. The works seek to twist and test the space between the performing body and its audience through sensorial evocative performances. The two performance will diverge and interweave as they spill, smack, stink, slice, stretch envelope and slide their way around themes of impurity and the sexualized body. The interaction of the body with everyday objects, explored through actions to the point of ‘overload’, and repetition and transition make them heavy with cultural meaning. The works seek to push the objects till they slip between ‘thing’ and ‘symbol’, in turn pushing and pulling the body between a visceral presence in the world and distanced performance.