Esther Neff is the co-Director of PPL, see her website at: 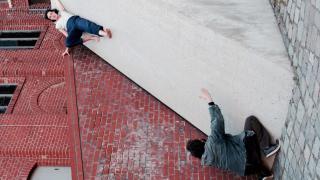 The form of this event will involve: six artists performing individually but in response as two and one artist with you.

PERFORMANCES in the following order + durational:
begin at 8:00pm:

Suggested donation for workshop and performances $5-20 sliding scale FOR THE ARTISTS.

Austerity is a valuation schema that devalues humans, urging us to work harder and harder to justify our value to corporations and institutions as they withhold more and more resources. While austerity is a formal, conservative political and economic manoeuvre, withholding is also an act of devaluation, used as an abusive emotional and psychological tactic or emergent as a symptom of waning respect.

This PERFORMANCY FORUM will perform resistance to austerity, to withholding, and the systematic devaluing of creative labor: INDULGE (IN) EACH OTHER!

The short answer is shit isn't working properly. We observe defectiveness in nature: the end of laughter.
We feel & know that something is terribly wrong. We absorb. It hurts. Exactly how much is beyond our control.
Little by Little we shock ourselves into truth, trick ourselves into joy, find solace in the fact that nothing lasts, including our biochemical composition. In such a way, we endlessly grow.

Epitaphs Live: Colleen McCarthy & David Grollman
The epitaph is a short verse honoring the deceased, inscribed on his tombstone. It can be a brief record of his life, an aphorism, or words he lived by.
An extreme mood state can cause a warped perspective, in which that ephemeral moment of suffering feels like "the story of my life." At the lowest depression, one might feel like he is dead already. --Say it were so, how would the epitaph read?
"Epitaphs" (Colleen McCarthy-Smee, 2015) is a book of short verses honoring the deceased and the not-dead-yet who suffer(ed) variously psychoses and suicide.
In performance, David Grollman and Colleen McCarthy improvise of the book, with David accompanying himself on snare.

Natalia Steinbach
I have struggled and suffered with depression and suicidality for most of my life. In this performance piece I will be sharing some of my experiences as recalled through journal entries written about a year ago. As an artist and as an individual who has dealt with trauma, I hope to raise awareness and promote education concerning mental illness, along with providing support and hope to others who are dealing with similar issues. I have learned a lot from personal devastation and I feel that others can too, whether it be from their own trials and strife or through empathy for those around them.
https://www.facebook.com/NataliaBSteinbach

Brandon Lopez
I'll be presenting solo works for upright bass, partially composed elsewhere, mostly composed in real time. The work, for me, is about consecration and organization in derogatory and chaotic sounds. The previous statement is reductive. I hope It helps you think, comforts you, disturbs you, gives you something.
Gives you something, and takes away your time.
https://tongueinteeth.wordpress.com/

Beuys Club
Meow, yowl, fight, publicly fornicate. territory, food, trash, eat. meow yow meow yow. i'm an urban cat. we are cats. mama and babycat, rattle my cans. street. sleep under a tree, in a bush in your yard. eat your trash. chase a rat. meow moew moew. if you dont sepak cat thats a personal problem. cage us, sanitize us, civilize us, transform my meow. impulse to reproduce, soothed. i am we are pre surgical, now post surgical. my yowl my cat i am a terror, idolize me.
http://www.jackiedu.net/#!beuys-club/cl5u

with closing remarks by Esther Neff

According to Google; cheese, chocolate, fish & sex really do help. Thanks, Google.

For this workshop, we will be reviewing our materials generated so far and then each devising individual or collaborative operations for performance.

To participate as an operations generator, please arrive by 2pm.

Audience-witness-participants are also welcome to arrive at 8pm to experience the work in a more presentational/participatory manner.

DINNER is for operations generators only and will have vegetarian and vegan options.

EotW is a sequence of processes involving experiments into constructivity of the personal and social. 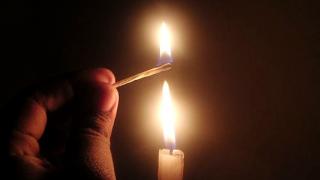 ALL ARE WELCOME but this is an intimate and peaceful event for those especially interested in researching and sharing their own practices and skills in a group.