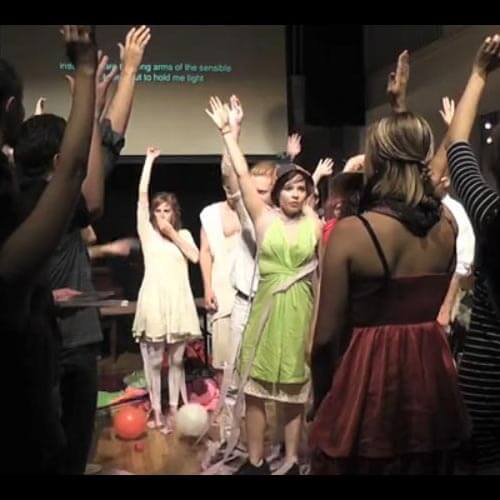 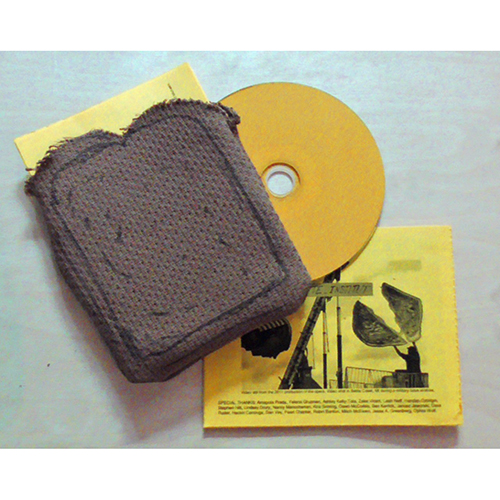 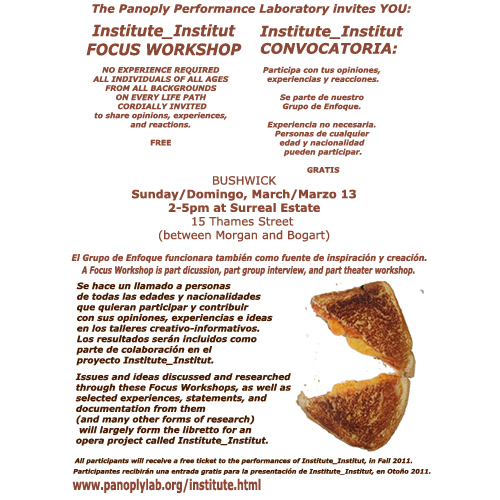 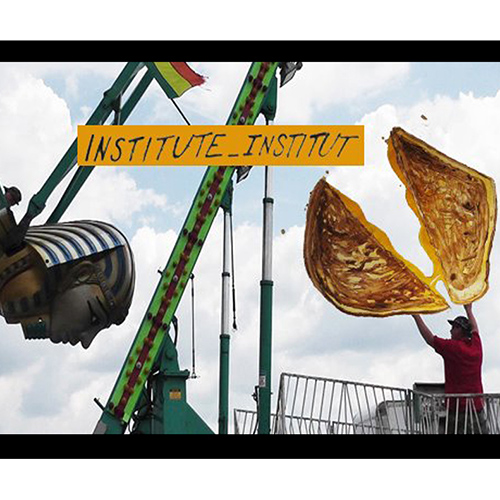 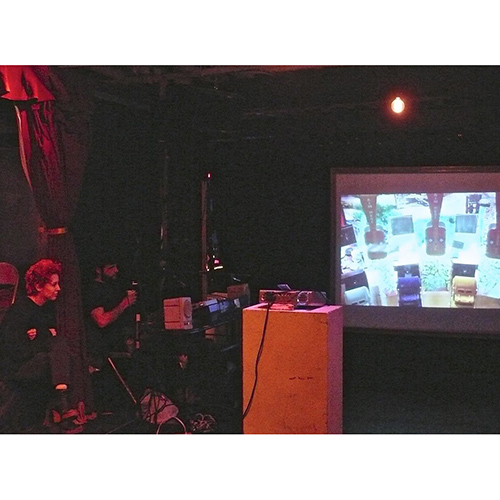 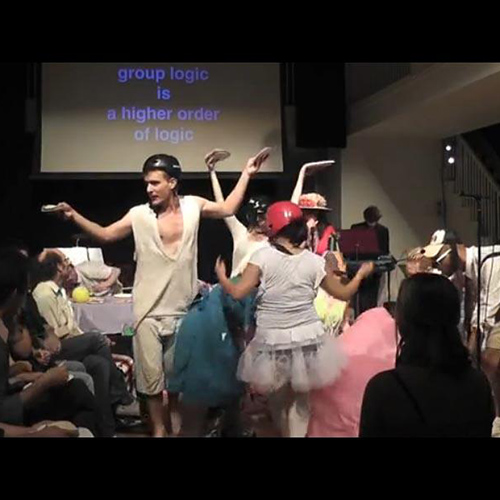 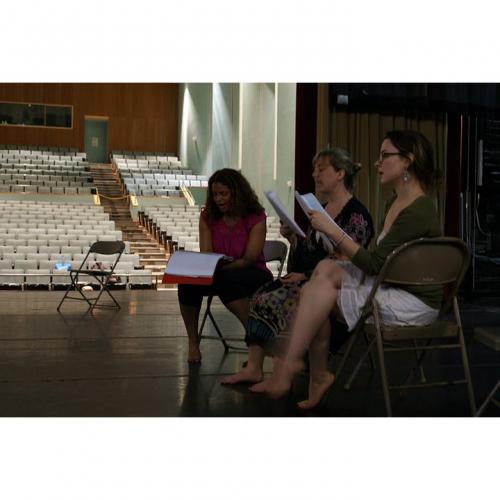 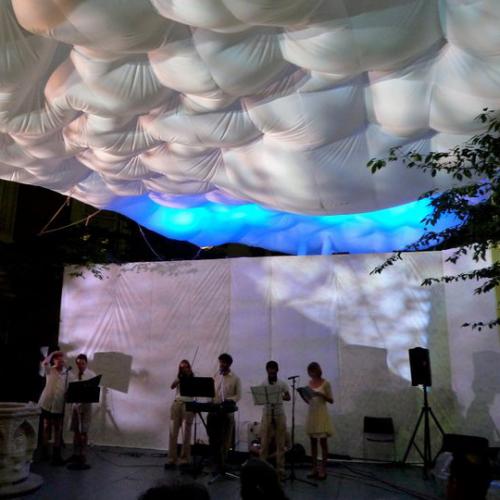 The final piece in the Transformational Grammar of the Institutional Glorybowl trilogy, a long-form performance art opera built from situations and the emotional and psychological indices of institutions on the project participants.

As joyous as a baptism, as formally convoluted as a psychiatric exam, and as frightening as kindergarten, Institute_Institut attempts to express a convergence of subjectivities, a multiplicity of sensual experiences, and to perform a participatory sandwich-making ritual using the dry bread of deep thought and the soft cheese of deep emotion.

Produced by the Panoply Performance Laboratory with support from the Brooklyn Arts Council, The LaGuardia Performing Arts Center, Materials for the Arts, incubation by the cell, and through fiscal sponsorship from Artspire, a program of the New York Foundation for the Arts. Support for the trilogy as a whole also from LMCC, chashama, and individual in-kind donors of materials, space, transportation, and encouragement.

Buy the album, released on Gold Bolus Recordings in 2014, at http://panoplylab.bandcamp.com/album/the-transformational-grammar-of-the-institutional-glorybowl-part-iii-institute-institut